The history of e-commerce and its role in poverty alleviation

You are here:
E-commerce 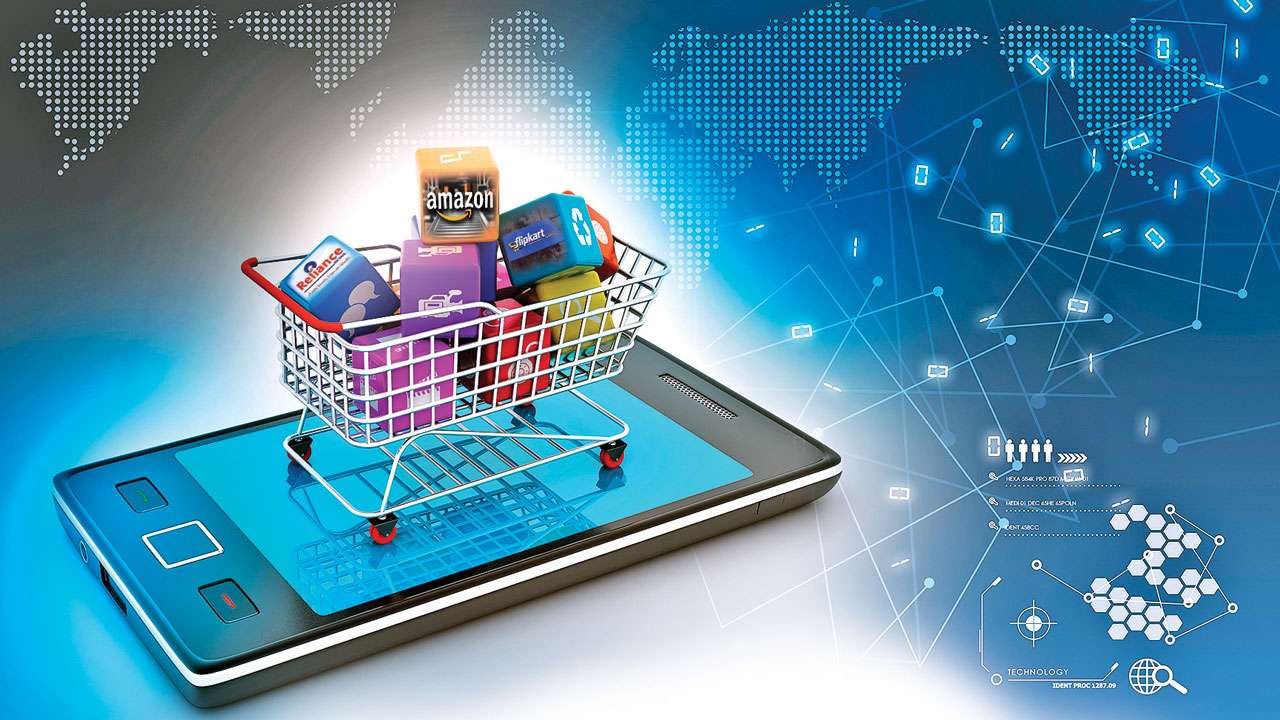 Due to Covid-19, Eradicating poverty and unemployment from the country is certainly the top priority of every government. Today, the global war for economic survival is being fought in the economic arena, the weapon of which is certain knowledge. We need to understand where the world will stand in the next 50 years. Despite the global crisis, Amazon, Apple, Facebook, and Google are growing, and the business of major technology companies in the United States is improving again.

Amazon, Facebook, Apple, and Google’s last quarter business reports for the last year have informed these companies about their profits and earnings. All these reports had in common was that production was rising, and there were no signs of a slowdown, with Amazon being the most profitable company. The e-commerce and online shopping company sold .1 96.1 billion worth of goods in three months, up 37 percent from 2019.
Online shopping was started in 1979 by British businessman Michael Aldrick. Aldrick connected the modified home television to a multi-user transaction processing computer via telephone line, which was later sold in the UK, Ireland, and Spain. The system was marketed in 1980 and was then introduced as the Business to Business System (B2B). The development of electronic data interchange (EDI) in the 1960s paved the way for e-commerce. EDI replaced traditional mailing and document faxing by facilitating data transfers from one computer to another.

In 1982, France launched an online service called MoneyTail, which provided access to video tax terminal machines via telephone lines. The “MoneyTel” telephone was completely free for users and connected millions of users to a single computing network. By 1997, there were mini-terminals in more than 7 million homes. After the success of the Internet, the MoneyTel system could not survive.
The history of e-commerce is closely linked to the history of the Internet. The general use of online shopping became possible when the Internet became accessible to the general public in 1991. Amazon was one of the first e-commerce websites in the United States to sell its products online, and thousands of companies have followed suit.

In today’s modern age, e-commerce or electronic commerce is being used worldwide to buy and sell their products. Simply put, e-commerce is something we use daily, such as online bill payment or online shopping and many other things that can be done easily with your phone at home. Not possible before today.

Thanks to the convenience of 3G and 4G and the increasing use of smartphones, now home and business have come together in one place, meaning we can now trade from home, and the shopping process has become much easier. Before the Covid-19, people used to go to the markets for shopping, but this is no longer the case. Especially after Covid 19, Pakistan, like other countries globally, is witnessing an increase in online shopping.

Fortunately, for the first time in Pakistan’s history, the current government has introduced an e-commerce policy. A few days ago, in a meeting chaired by PM Imran Khan, he termed e-commerce as the most important need of the country’s economy. He said that we aim to facilitate small and medium enterprises and remove obstacles facing the business community. He said that SBP and the Ministry of Finance should facilitate freelancers, educated and skilled youth in earning employment. Remove barriers to both institutions using e-policy.
The development of any business is possible only when it is sponsored at the government level. In raising awareness about e-commerce in Pakistan, Saqib Azhar, the head of Abilers, whose name certainly needs no introduction for those involved in the e-commerce sector, met President Dr. Arif Alvi days ago. Apart from the performance of his organization for the promotion and development of the commerce sector, he was also apprised of the urgent need for e-commerce in the current context. He also assured government cooperation at all levels for the promotion of e-commerce. Saqib Azhar has years of experience in technology, digital marketing, and product sales in international e-commerce channels and has worked as a consultant for various companies in the UK, the Middle East, Pakistan, and other parts of the world. He has been selected by the United Nations Development Program (UNDP), which works to alleviate poverty in 170 countries around the world, as its representative in Pakistan.
For new entrants to the world of e-commerce, Saqib Azhar’s book ‘Learn the Art of Peso Income via International E-Commerce’ will be a guide. He has compiled all his knowledge in this book after helping hundreds of people start their e-commerce business in Pakistan and worldwide while earning extra income from Amazon, eBay, and other online trading platforms. People are fully guided on the possibilities.

Working on a digital basis has become time-consuming to promote trade around the world. The number of formal jobs has been steadily declining since the advent of technology. For the country’s economy to grow and poverty is eradicated, our young generation, especially women, needs to raise awareness on our own to be part of this new business venture. We need to encourage people like Saqib Azhar. They play the role of a strong bridge between the capitalists and the skilled people, and the government should also encourage such people. Only then can Prime Minister Imran Khan’s dream of making Pakistan a welfare state and eradicating poverty be realized. ۔